A bot is a software application that is programmed to perform repetitive tasks automatically. Some bots provide convenience, like Siri and Cortana. Other bots imitate human behaviors to execute fraud. Click fraud is the exploitation of advertisers via fraudulent clicks on their PPC ads. Its most associated with Search Engine Marketing (SEM), mobile ads, and affiliate marketing. However, it is used in a variety of other marketing sectors.

A click bot is a bot that is specifically designed to execute click fraud. Simple bots will access a specified page and click the desired link. These are the easiest bots to detect because their behavior is distinguishable from human behavior. More advanced bots will imitate human user behavior, like mouse movements, pausing, longer time spent per page, and random time spent per page. The humanesque actions make these bots much harder to detect.

Click fraud campaigns employ many devices because it would be suspicious if hundreds or thousands of clicks came from a single device. The devices have different IP addresses, so they’ll be identified as different users. This network is called a botnet. Botnets comprise thousands or millions of devices, many of which are infected with malware that installed the click bot without the user’s knowledge.

In 2018, advertisers suffered losses of over $19 billion due to click fraud. It’s a large-scale operation that is affecting many businesses around the world right under their noses. There’s also a ripple effect that occurs due to the invalidation of the victim’s website analytics. Any attempt to optimize marketing spend is skewed by the faulty metrics coming from the click bot activity.

In 2006, Clickbot A, the first documented ad clicker botnet, infected 100,000 computers to execute attacks against syndicated search networks. The scammers targeted sponsored search results provided by Google and caused an estimated $50,000 in losses.

DNSChanger ran from 2007 to 2011 and racked up $14 million in losses by infecting 4 million internet explorer and apple devices. These were the first criminal charges against an ad fraud network (wire fraud and money laundering).

Those are early examples. The more advanced bots that came after generated tremendous losses of millions per day. Methbot was one such bot that ran from 2015 to 2017, making $3 million per day at its peak. It operated on 1,900 dedicated servers that ran 852,000 false IP addresses.

Consumers can also download auto-clicking services to click on ads on sites they may own or help to build their social media profiles. While these may be technically legal as they can be used for repetitive tasks such as farming or completing tasks in mobile games however that’s rarely what they’re used for. 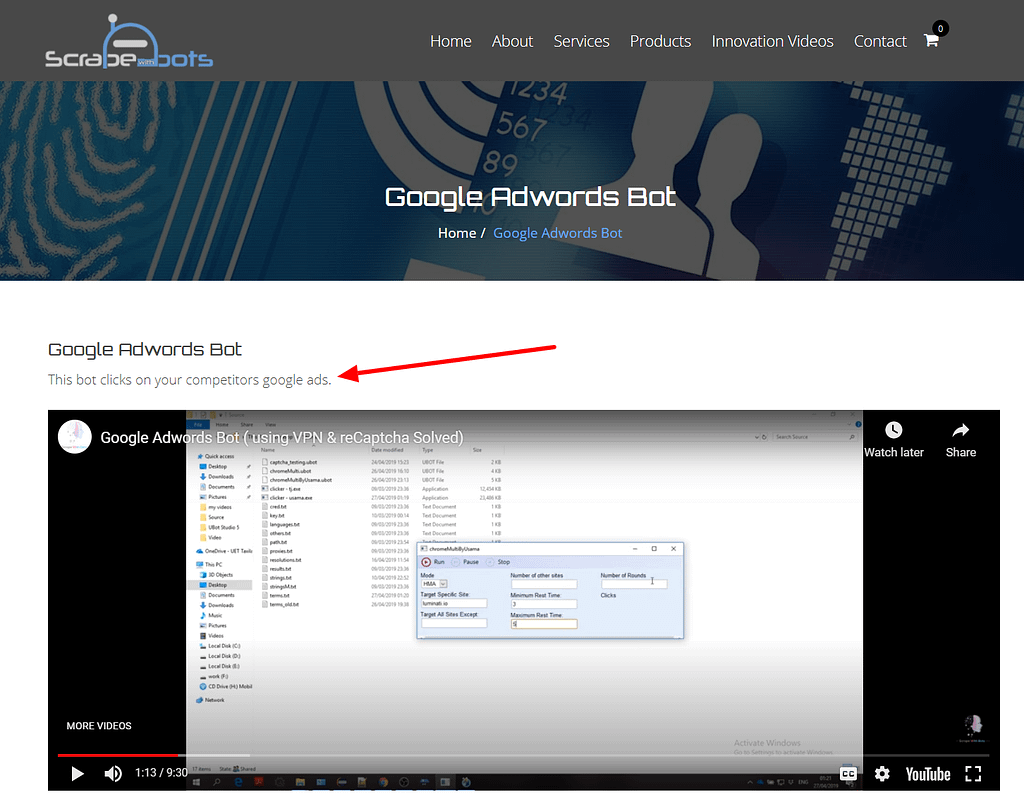 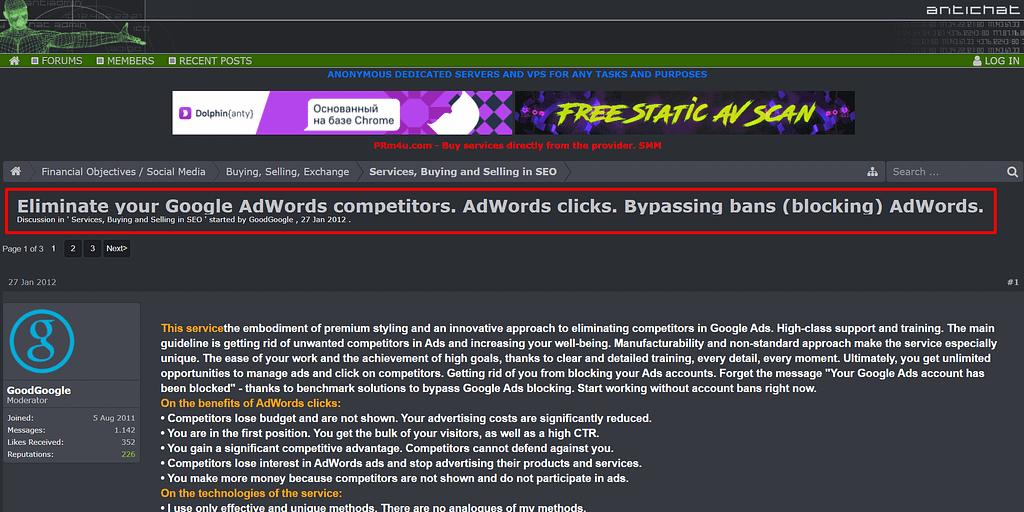 Here’s one that isn’t clicking on ads, but it’s clicking on likes and friend requests to help build fraudulent social profiles that ultimately serve ads without value. 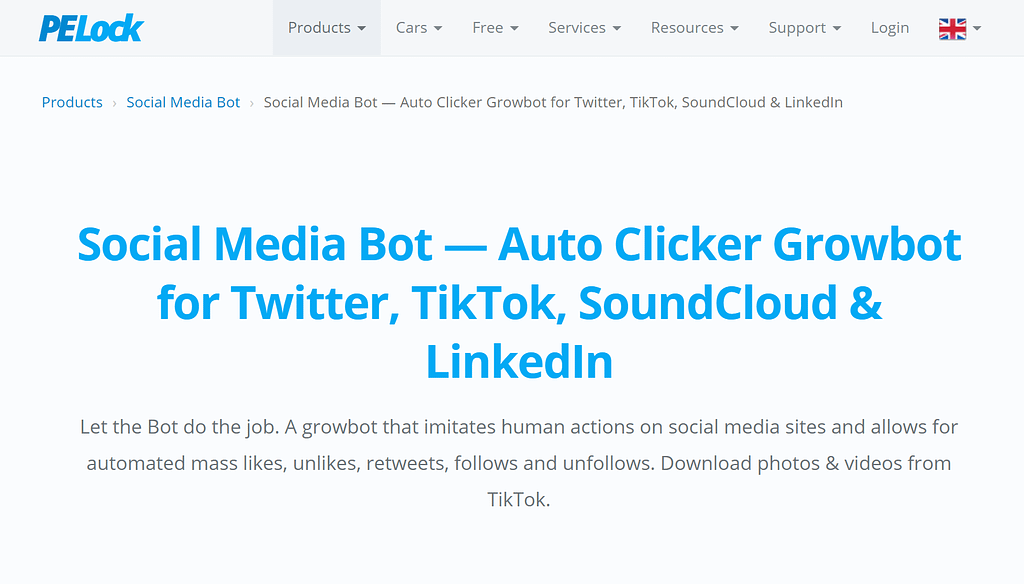 Here’s a look at the features they offer: 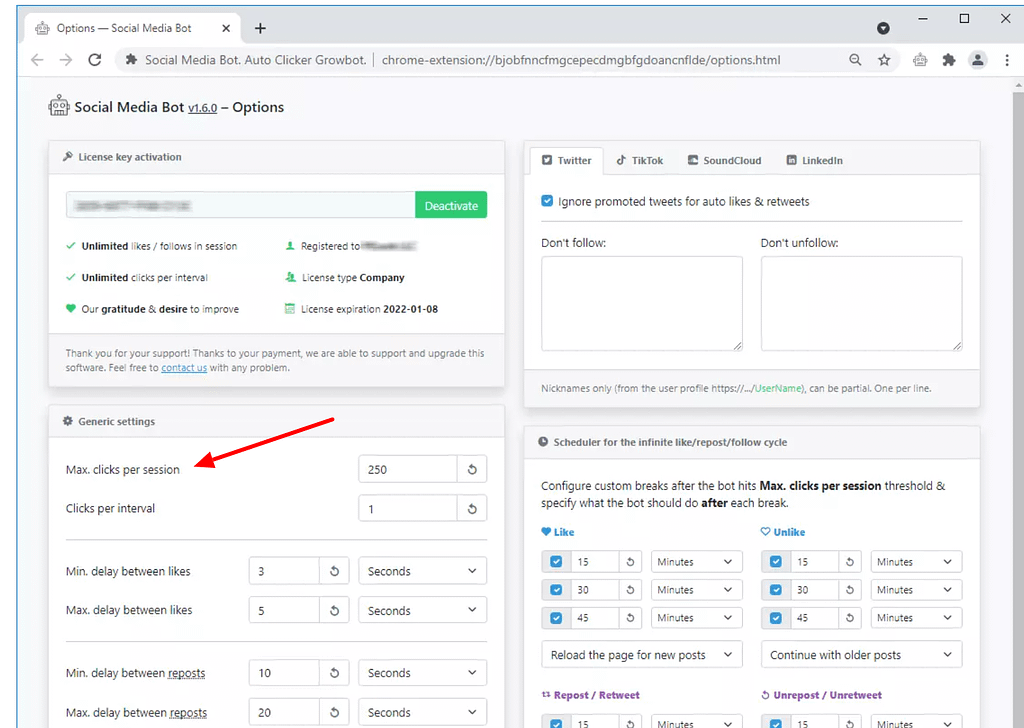 This final one is an example of a click bot that can click on certain parts of a screen, such as on the right side where ads are typically served:

Bots are the most common type of app installation fraud in every region. They account for an estimated 40% to 50% of internet traffic. Entrepreneur.com suggests that up to 70% of your marketing budget might be wasted on bot traffic.

When a single bot generates an obviously fraudulent number of clicks, it’s relatively easy to instruct the server to stop serving the IP address related to that device. The problem is botnets that operate advanced bots with human behaviors. These are almost impossible to detect without fraud prevention software that uses machine learning. Fraud Blocker’s sophisticated software will protect your ad spend and reduce the amount of time your team spends on tedious fraud prevention practices. Start with a 30-day, no risk free trial today.

Tekya generates money for cybercriminals by pretending to be a user clicking on ads and banners sourced from legitimate agencies such as Google’s AdMob, AppLovin’ and Facebook.
Read Full Article →

The Best PPC Blogs to Knockout Your Competitors